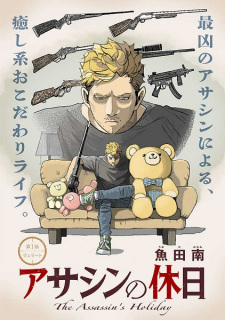 Is there a bard in the house? No, we’re not asking for you ridiculous bards who roll to seduce everything you can talk to. We’re looking for the kind of bards that compose epic poems. The ones that get remembered by the weird historian looking to make a name for themselves because there’s really only so many ways to analyze the Battle of Agincourt. Yes, that one. You come over and sit down right here. We’ve got two mangas you need to chronicle them for us, dear sir.

Tim has a request with If It’s for My Daughter, I’d Even Defeat a Demon Lord. Or some other similar title. There are a few translations of it but that’s what’s on the book. It’s about an adventurer, Dale, who finds a demon girl who’s all alone. So he instantly adopts her and goes into dad mode. This might be interesting if she wasn’t such a sue. Everyone loves her, she’s so cute, and super special. While ANN voted it the worst manga of the year, it’s not quite that bad. It still gets a Burn it though.