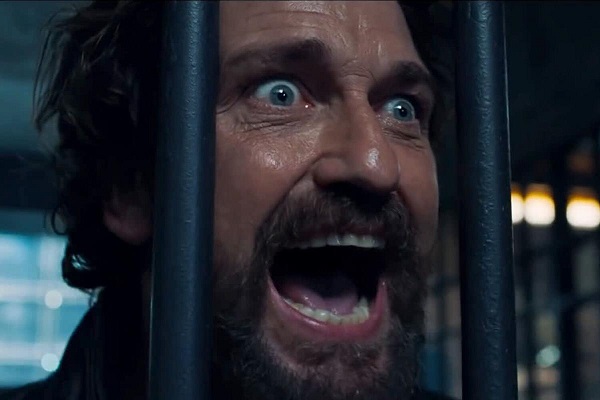 Uncover your smokers and slap your meat, we’ve got more Frank Grillo. See because his last name is Grillo and it’s kinda like grill. So what if this time he was a sort of political fixer in Vegas and he was trying to turn himself over to the feds for protection? That’s where we start in Copshop[2021].

Of course this means that he’s now a target for the people he was working for. As it turns out that mafia types don’t really care for their crimes to be exposed. Enter Gerard Butler as Bob. Bob gets himself arrested right after Grillo so he can try and get to him. This leads to some tense moments while they’re locked in cells across from each other and another hitman shows up.

Tim hits Hellraiser 3: Hell on Earth(1992). A movie he grabbed solely because he was looking for the one with the camera cenobite. Pinhead is back, somehow. This is complicated by the fact that he was killed by another cenobite in the last movie. So a statue made by a crazy guy, gets bought by a club owner, who gets blood on it, which makes the statue come to life. Then Pinhead starts killing people and turning them into cenobites themed after what they were in life. Hence a TV cameraman turns into a cenobite with a camera in his head.

Weltall has Wrath of Man[2021]. It’s Jason Statham in a Guy Ritchie movie. Jason plays a guy who goes to work for an armored car company running security. It seems someone killed his son and he’s out for some of that old school vengeance. For those that want to avoid spoilers, know that Weltall doesn’t ruin it.