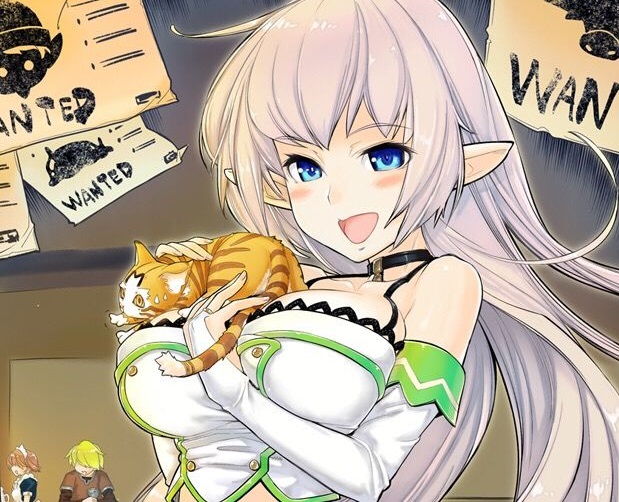 Hey you. Yeah you! What do you think you’re doing sitting there? Shouldn’t you be getting your ears prepared to receive the glorious reviews? You wouldn’t want the Ministry of Manga to find out you weren’t ready to receive the sacred words when they are dispensed. You might get sentenced to work in the mines next to Stu Levy.

Tim has Inspector Kurokouchi. So many manga deal with police corruption. This is one where the protagonist is known as the most corrupt cop in all of Japan. We meet Kurokouchi as he’s called in to deal with the murder of a prostitute. One of the secretaries of a bigger political figure got carried away. Another inspector gets assigned to Kurokouchi to uncover who murdered her. Too bad Kurokouchi is really good at corruption, or is he? Either way it earns a Borders.

Weltall then has a manga vying for the longest title done thus far. I’m a Behemoth, an S Ranked Monster, but Mistaken for a Cat, I Live as an Elf Girl’s Pet. This is one where the title really give the whole game away. You’re not getting a bunch of thoughtful, coming of age tales. Nor are you going to explore the allegorical parallels between the war in China and Japan in the forties. Some knight dies in battle and wakes up as what looks like a cat. He manages to examine himself and finds out he’s actually a behemoth. Also an elf girl keeps him laying on her boobs. This car crash can only end in Burn It.