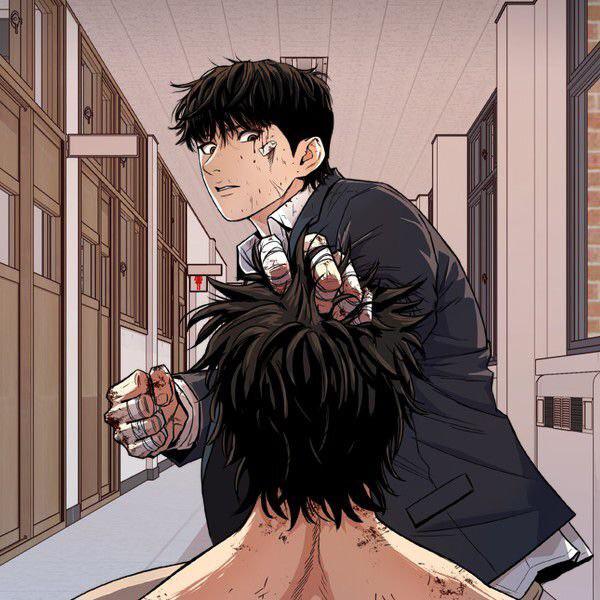 The prophecy has been fulfilled. Two seals, of bloodied fur but full of life have been born. Thus the lights in the north have been witnessed. The Eskimo has been spotted coming from the fortress of emo. It turns out he has been working on some sort of kickstarter which can be found here:

In more traditional news, we have manga. Tim has Guard Pass. We start off with two childhood friends, a girl and boy. The girl is obnoxiously into Brazilian Ju Jitsu and keeps begging the boy to come with her to train. He’s fat and lazy so he never does. Until the day she gets beat up for defending him. He trains for a solid month, loses and bunch of weight and goes on a bit of a revenge quest. Which runs him afoul of a whole gang of BJJ using criminal thugs. It earns a Read It Now.

Weltall has Colorless. It’s not the story of a craft store missing their oil paint deliveries. It’s about a world where all the color has been drained by an event. Out protagonist is going around collecting colors which are rare and the source of much power. Also those color get used in the panels which does brighten up the usual black and white print. It carries away a Crackers.