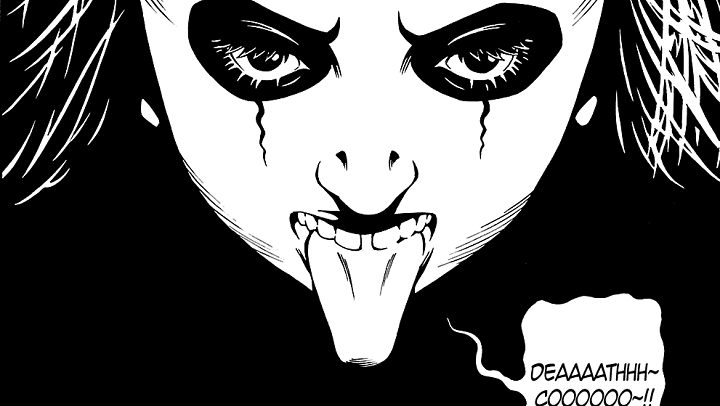 Like a little white rabbit, we’re late. But that’s just because we prefer it raw rather than wrapped. Caseless bratwurst is the tastiest and don’t let the haters tell you differently. There is a slight chance of food poisoning though. Especially if the cart you’re buying from is currently being raided by the FDA. Can’t beat the “going out of business because of the raid” deals though.

Tim has Deathco. Do you like assassins? How about costumes that look like they’re from the sixties? Then this manga is probably right up your alley, two people besides Tim that have such a niche. We get introduced to a pair of yakuza who are meeting and killing each other. Too bad they have a bounty on them which draws in the costumes assassins who are competing. Then the titular Deathco kills anyone who gets in her way. It’s full of style but very light on story which earns a Borders.

Weltall has Zom 100: Bucket List of the Dead. We join Akira who is an office worker. His soul has been sucked out by the daily grind of getting this bread. Lucky for him the zombie apocalypse happens. This inspires him to create a bucket list of one hundred things he wants to complete before he dies. One of the items involves getting a motorcycle, a Harley, which will allow him to traverse the landscape of the dead much easier. It gets a Crackers