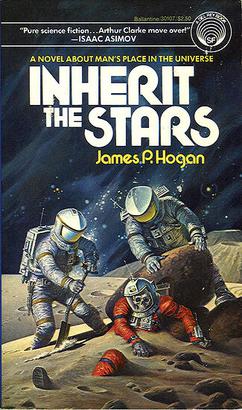 Uh yes, I’d like to order a large pizza half pesto and half chicken and avocado. What do you mean you only serve Tex-Mex? And that my order sounds stupid? Well I’m just going to back my car out of the wall I broke and go to a quality establishment. Good day to you.

Tim reviews Inherit the Stars. A manga which features zero high school students or schools. Which, post show, we discovered was because it is based on a series of science fiction novels from the seventies. In the near-ish future life is good. Plenty of free energy to go around and nobody makes war. A wrench is thrown into the works when an astronaut that fifty thousand years dead is found on the moon. It’s a mostly harder scifi that gets a Read It Now for execution.

Weltall then does Helck. Which sounds like a foreign knock off of a Marvel property. It starts off with a demon king being slain by a hero. This creates a power vacuum in the hierarchy so they hold tryouts for a new one. One of the contestants is a human barbarian who says he hates humans and wants to participate. Because there aren’t rules against it he is allowed to fight. Shenanigans ensue and it earns a Crackers.