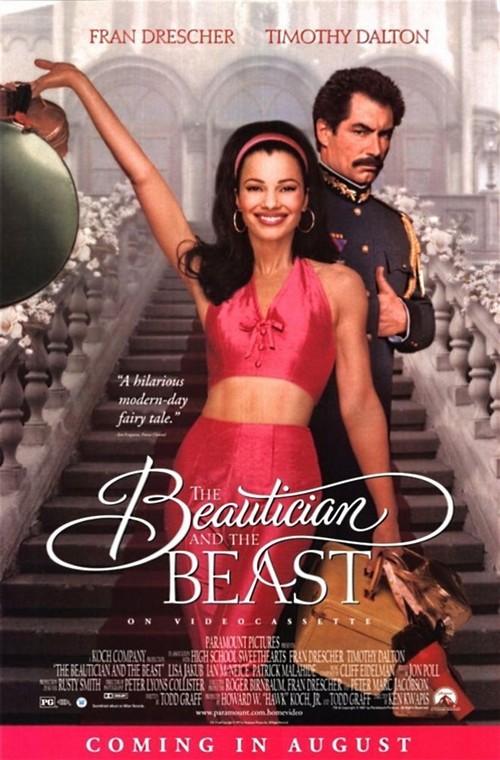 All hail the great leader, Timothy Dalton. For whom the skies part and sunshine bursts forth when he awakens. Without him, the crops would be dry and corn blight would ruin the potatoes. Thanks be to him for holding back the great western decadence from infecting our proud culture. Keep laughing lord Dalton so that the world will continue to turn.

Can you imagine a world where Timothy Dalton rules a patch of English countryside while the local peasants are convinced they live in an Eastern bloc satellite of the USSR? Someone certainly could which is how we got Beautician and the Beast(1997). Pairing the star power of the at-least-I-wasn’t-Lazenby Bond with that of Fran Drescher. Who thought a romantic comedy semi-parody of Beauty and the Beast starring the woman who’s whole schtick is being a trashy Long Island girl romancing a dictator played by a guy who rode a cello case down a mountain.

Weltall talks about Mississippi Burning(1988). A movie featuring Willem Dafoe before he transformed into the Green Goblin, as he was contractually obligated to do by Sam Raimi, and Gene Hackman. They play FBI agents investigating an accident that looks suspiciously like some racists ran a car of black men off the road and killed them. It takes place in the deep south during the civil rights movement. Which is why an animated talking dog breaks in and has a rap number, to break up the tension

Tim then talks about I Robot[2004]. It is a movie based on Isaac Asimov’s work in the same way the flaming shit you take the next morning is based on your meal of hot wings. It’s an excuse to have Will Smith be Will Smith while doing a little bit of product placement. He doesn’t trust robots because of a tragic backstory but it turns out robots aren’t so bad. It’s just the evil AI you have to be wary of.