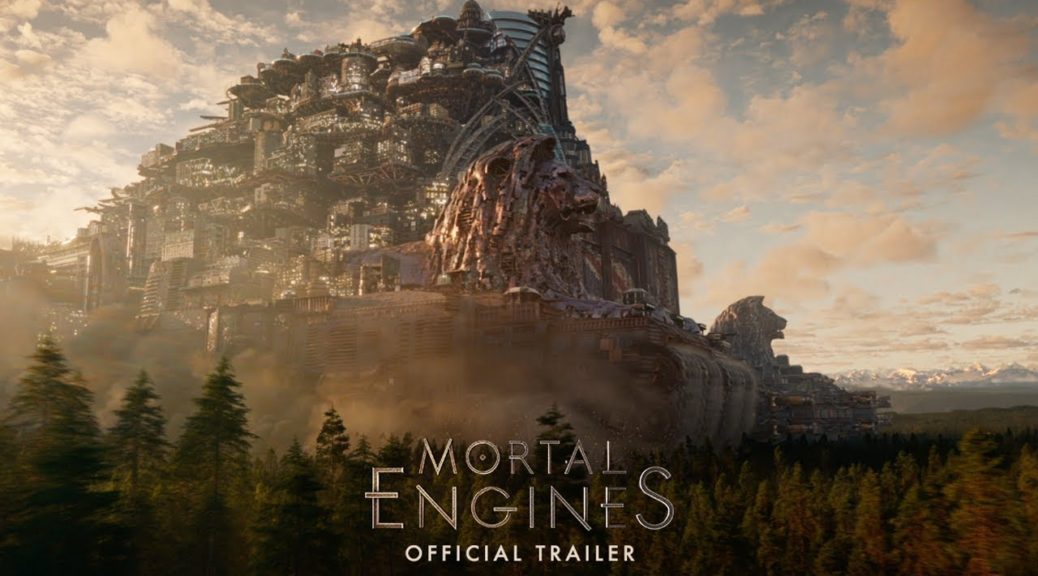 We jointly review Mortal Engines[2018]. It’s a “young adult” novel so of course it’s post apocalyptic. Cities in Europe chase down and consume each other for reasons that don’t make any sense. London has basically picked the land clean of smaller towns and now wants to attack Asia. Hugo Weaving is planning on doing this by reviving the weapon that ended the world.

When the characters aren’t talking, there are some nice visuals which are plenty entertaining. It’s only when the movie slows down that we ended up pulling the plot apart at the seams. Like why in the world does this weapon, which destroyed the world in sixty minutes, take three shots to not even break the wall to Asia? Why does the London Museum keep losing artifacts to breakage from driving around if they’ve been in a mobile city for generations? Has no one bothered to invest in some bungee cords?

Tim then goes back to the very nineties So I Married an Axe Murderer(1993). It’s Michael Myers’ inaugural role and does well at highlighting how little his schtick has changed since he appeared on SNL. From his stereotypical Scottish accent to his forced laugh leading into a hard stop. This is made all the worse for the cameo appearance of Phil Hartman as a tour guide who looks one stupid comment away from jumping into the ocean.

Weltall then reviews The Spy Who Dumped Me[2018]. It’s Kate Mckinnon and Mila Kunis playing friends in a spy comedy. Only this spy comedy is mostly improvisational shots strung together over a plot. It manages to make Weltall laugh a couple of times but this should be just one more nail in the coffin of comedies where they just point the camera at funny people and expect that to carry the day