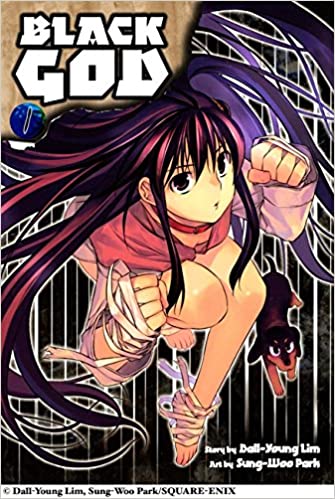 You move sixteen tons and what do you get? A nice payout because there was a bonus after the tenth and you’re the top performer at the mine. Enjoy your check and we’ll see you back here next week.

Tim has Love Monster. Hiyoko sucks at school and fails her high school entrance exam. Luckily, she gets accepted to a school she didn’t apply to. Rather than just take a year off and study, she goes there. It turns out to be a “monster” school and she gets in because her dad, who she never sees, is an alum. She’s basically Bella to the Raven boy who live in a tower because he has wings and can fly. It’s just as stupid as it sounds, ending up in Borders.

Weltall has a request with Black God. Keita is a freelance programmer which means he’s the human equivalent of a roach in Japan. Late one night he spots a girl who is clearly hungry and buys her a ramen. Then he goes onto the internet to whine about how she didn’t touch his peepee. Or she gets attacked and he gets injured. She slaps her arm onto the stump of his which will keep him alive but now they are linked and have to stay close. There are other things, apparently, but who cares. Burn It.