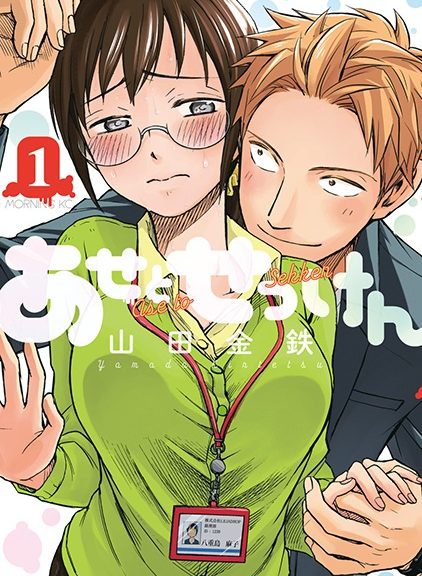 You heard it hear folks, people are sometimes bad. But if you vote us for government office we will give you promises. Promises we don’t intend to keep. If you call us out on our supposed failures, we’ll blame the other party.

Tim has A Lovely Lonely Land. So we have a dude and he’s a loser. He’s immune to all damage and dreams of a girl sleeping next to him. He wanders into another dimension one day, as you do, and meets bugs. They want him to eat magic royal jelly and become the new queen. And it turns out the girl is his dead twin. It’s a single volume that’s clearly aiming to be a bit headier than the fare we normally cover here. Still, it lands in Borders.

Weltall has Ase to sekken. What happens when a lady who sweats like Robin Williams on stage works at a perfume company? She runs into a smell scientist who’s something of a stink savant. He becomes infatuated with her odor. And like Biden on the campaign trail he just gotta get in there and breath deep her womanly fragrance for some good old inspiration. It lands down in Burn It.