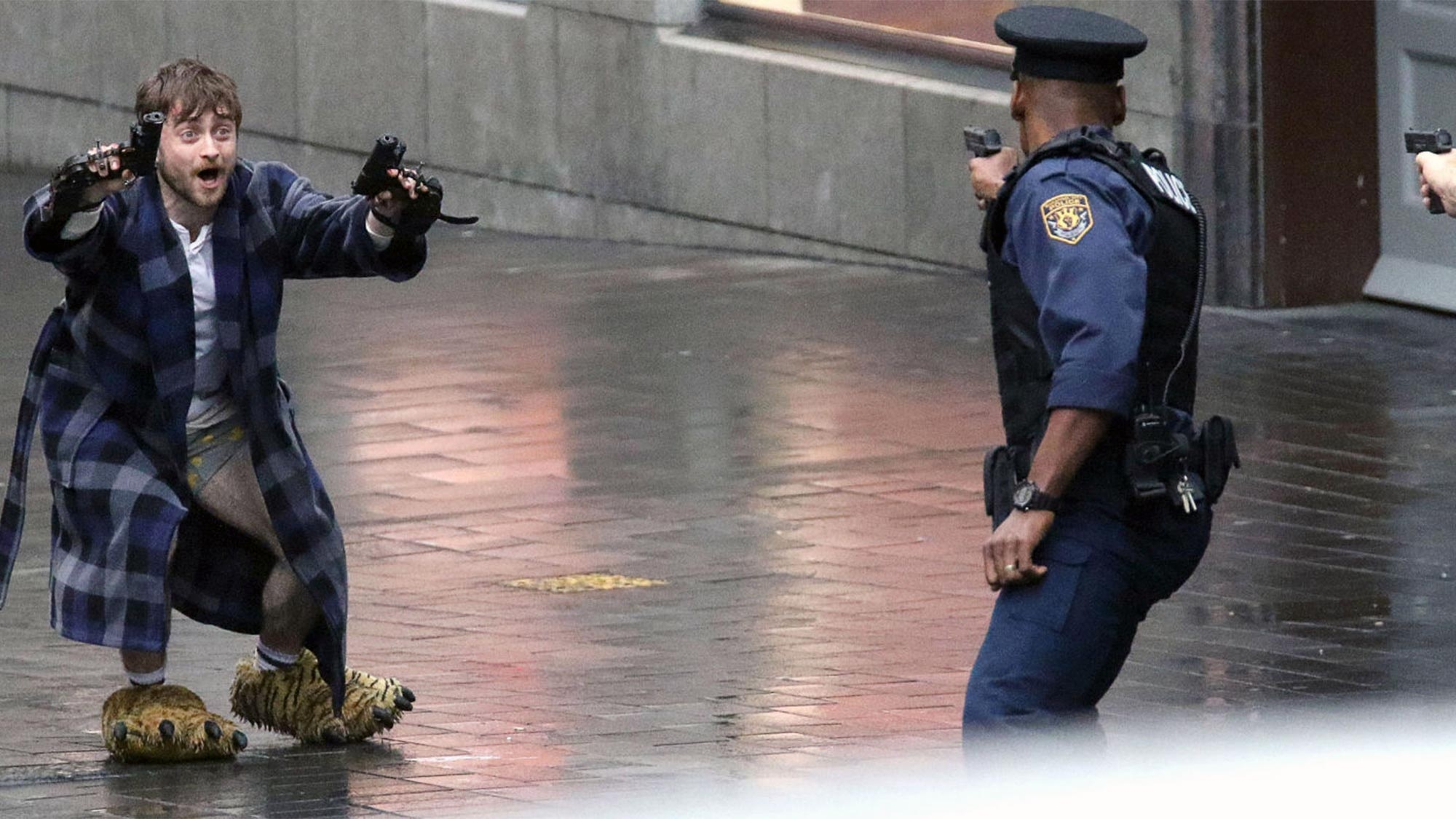 Anyone check in on that Harry Potter guy? We hear the author hasn’t been getting high praise these days. Turns out Radecliffe was in an action movie in Guns Akimbo[2019].

Playing against type, he’s a nerdy loser who works for a pay to play game. At night, he drinks craft beer, masturbates, and “trolls” people online. As this is a film, trolling involves telling people they suck in livestream chats. This gets the attention of the head of an organization that runs real life murder fights. Potter-san wakes up with two guns drilled to his hands and a bounty on his head.

Tim then has Sleepaway Camp(1983). A slasher film set at a summer camp. I bet you didn’t see that coming. There’s a mysterious killer offing people all around the camp and a secret as to who it is. A really, really, stupid secret.

Weltall has Forever[2015]. A short lived series about a man who’s over two hundred years old and immortal. No, it’s not about Feinstein or Mcconnell. A dude who’s cursed to live forever and works as a medical examiner. His longevity has given him lots of time to collect things that get old and become antiques as well as learn things.