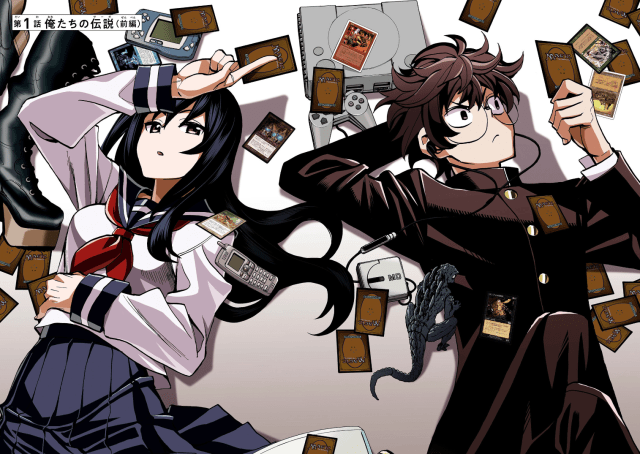 How many manga can we cram into a single show? Could we do seven, fourteen, a hundred and eighty? Considering how long and rambly we get, it’s doubtful. We’re honestly lucky we get through the two we normally slate for these things. Speaking of two, that’s exactly what we brought in.

Tim has Destroy All Humans They Can’t be Regenerated. A manga set in the late nineties based on Magic the Gathering. It employs actual cards and our hero is obsessed with playing black. This leads him to a comic shop where he spots the class president beating some older players. He manages to get her to play with him and teach him more meta strategies in return for keeping her hobby a secret. It gets a Borders.

Weltall revisits Redo of Healer. We left off with our healer man having managed to turn live through the past, gaining skills and getting ahead of his former timeline. With a small harem forming and the captain of the guard left to burn alive while maybe being raped by the others, he’s bent on getting his revenge. It keeps the Read It Now it landed on last time.