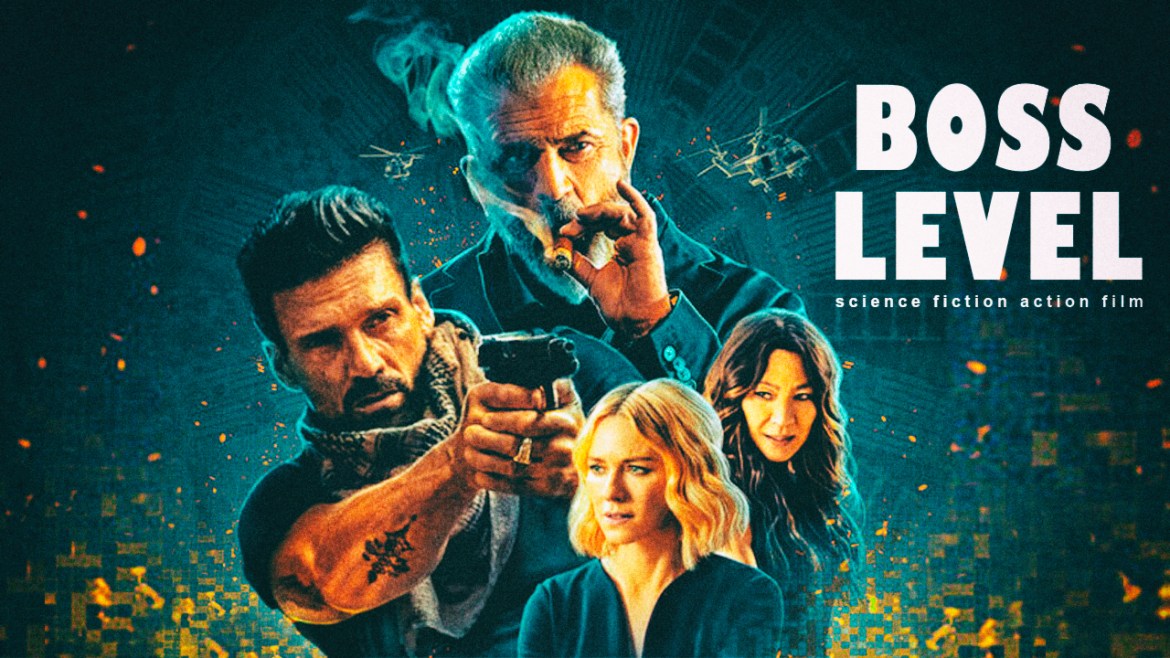 There was a land of the four entertainments. Books, TV, Music and Film. Everyone watched in peace until the Film nation attacked. And then everyone tuned out because who the fuck cares about the Academy awards anymore? Grab you popcorn and enjoin us in poking the bloated body of film.

First up is Boss Level[2021]. Does anyone remember Edge of Tomorrow[2014]? How about Groundhog Day(1993)? Frank Grillo is a grizzled character actor who’s been given the lead as Frank Pulver. Frank has been stuck in a time loop being murdered by assassins for he knows how long. The loops may have something to do with his estranged Dr. wife and Mel Gibson who’s definitely a villain.

Tim has Tropic Thunder[2008]. This is the movie that Ben Stiller wrote because he heard an actor talking about boot camp as if it was actual combat. It also keeps getting discovered by people who wish to cancel Robert Downey Jr because they don’t get the joke. All we know is that this movie makes us ha-ha-ha-happy!

Weltall has Thirst[2009]. The Korean horror movie features a priest who volunteers for an experimental vaccine. At this point we have to impress to our tech overlords, this is the plot of the movie, not related to anything current day. Most people die of the disease and the vaccine but he manages to survive after getting injected with vampire blood.