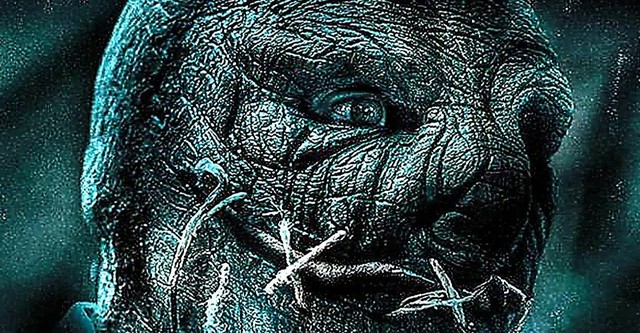 Open your beers. Divy out the popcorn. And count your chips. We have another stunning Popcorn Pulse with a set of movies. A dual review kicks us off with a request from the bargain bin. We’re dealing in Poker Night[2014].

A movie with some rando as the main while the top billed is Ron Perlman and Giancarlo Esposito. Rando becomes a detective and runs afoul of a serial killer or rapist, it’s not clear which is his true calling. He captures detective and sort of tortures him for reasons that get revealed like a wet shart when you get to the bathroom.

Weltall has Three Thousand Years of Longing[2022]. Tilda Swinton plays a professor who people like to listen to. While traveling in the middle east, she finds a shitty lamp and summons Shaqzam’s cousin, played by Idris Elba. She then gets plenty of magical dick, makes him eat junk food, and flies him to London. This nearly kills the immortal so she finally sets him free.

Tim has Pinocchio[2022]. Not the Disney or the other one that came out this year. No, we don’t know why there are so many damn Pinocchio’s running about. I guess we need to call in the puppet extermination service which did in Jim Henson. It’s the Guillermo del Torro Pinocchio and features stop-motion enhanced with CGI. There’s also some staple of del Torro like Ron Perlman, fascism, and eyes where there normally aren’t eyes.