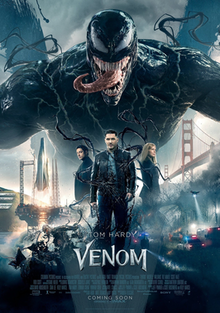 It’s easy to forget that Tom Hardy was in Venom(2018). This could be because Tom Hardy has played a lot of roles where a mask covers parts of his face making him hard to remember. Or it could be that nobody remembers this movie. It’s what you get when someone tells you that you have to make a Spiderman movie minus Spiderman.

It covers the well known origins of the Venom symbiote being brought back from space by J. Jonah Jameson’s son. For reasons the movie isn’t clear on, there are a few more symbiotes. One of them bonds to the bad guy who wants to retrieve more of their race for reasons that don’t make sense. Especially since they like to eat things like people and you’d think they wouldn’t want to share.

Tim talks about the adaptation of Far Cry(2008). It’s and Uwe Boll movie so you know this means goofy plot choices and special effects that make SyFy embarassed. Looking over the wiki entry, it appear to cover the broad strokes of the game in that there’s an evil doctor and a super soldier project. A reporter is investigating it and gets pulled into the mystery as well as the ex-special forces boat captain ferrying her to the island.

Weltall then talks about Hotel Mumbai(2018). It’s a well done movie based on a true story. Taking place during the two thousand eight attacks is fictionalizes people trying to survive while being hostage during the attack. Weltall didn’t want to spoil much of it but found it a satisfying movie as long as you accept the dramatized elements.