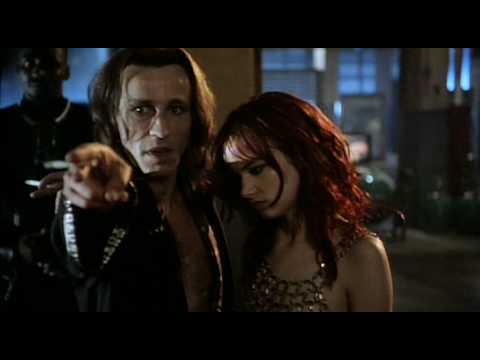 Hey kids, do you like Cyperpunk? You like leather coats and techno-futuristic dystopias? How about nifty gadgets rendered in kludgy props that are clearly repurposed electronics? We’ve got a movie for you then. No, it’s not Blade Runner. Either or. Instead we have Strange Days(1995).

It’s set in the far off future of 1999 at the turn of the millennium. Imagine, living long enough to see a whole new millennium. Our protagonists is Ralph Fiennes. Lord Red Dragonmort deals in memories. Somehow he gets mixed up in a conspiracy where a local activist has been killed and the guilty cops were witnessed by someone recording their memories. Also, he’s very sad about his ex who used to fuck him but now screws Tome Sizemore’s wig.

Tim has a request in Attila[2013]. If you know history, you don’t need to be told about this movie. We’re all familiar with the Mongols who eschewed weapons because they themselves were trained to be the weapon. And how Attila sought then found the staff of Moses and granted himself immortality then broke it apart into three pieces. This explores what would happen if a cancer ridden general managed to find the three pieces and turn himself into Skeletor.

Weltall has The Menu[2022]. A movie that’s busy taking the piss out of foodies and modern gourmet bloggers. People go to visit a very exclusive island where all the staff raise all their own food. Run by an eccentric Gordon Ramsay pastiche who commands his staff like a WWII general. It’s a fun mystery where the real answer is burger.